Muffled inside my backpack, the ring of my cell phone was just barely audible as I walked from my parking spot to the building where I'd just been hired to teach for four hours a week--a lunch hour pronunciation class.

I grappled with the zipper pouch in the middle of the sidewalk and managed to answer before it went to voice mail. It could be one of my colleagues calling me to supply for them, I thought. Covering for absent teachers was another role for which I was hired at the same time. My third hat was that of teaching assistant, which was why I was headed into work hours before my class time.

"Kelly?" A weak and raspy voice came through from the other end.

"Can you cover for me today? I woke up with a migraine."

"Sure I can," I said, already starting to feel ill at ease with the notion of zero prep time. "What's the topic?"

"Oh, there's no particular topic. Do anything you want with them."

"Thanks a lot," I said, hoping my voice didn't betray any trace of sarcasm.

She had given me no advance notice nor had she prepared anything like the other instructors always did. There wasn't even a topic to inspire me. Fortunately, I had spent a recent weekend compiling a few emergency lesson ideas for just such a circumstance. I would try out "student-made tests."

Thank goodness I'm a nervous Nellie an early bird; I had time to grab a ruler and create a simple table-style graphic organizer and make twenty copies. (Grab the free template on my website.)

After introducing myself and explaining their teacher's absence, I polled the class to find out what grammar points they had been covering over the past week or two. As they all began to chime in, I scribbled quickly, capturing their answers on the board.

Next I asked them what topic they had covered. They told me they had just finished reading The Piano, a slender chapter book abridged for ESL learners. Great.

I explained that their task would be to think up six good questions to test their classmates on the material covered over the past week or two: three about grammar and three about the novel. I would come around, I said, to help them find any errors in their questions. I then would circle what I thought were the best four out of six, and they were to copy those onto the graphic organizer.

That took us to break time.

After break, we pulled half the chairs from outside the U of tables to the inside so that pairs were facing each other.

They got it. With five pairs, this took exactly fifty minutes, leaving us ten minutes for a debriefing before the end of class. They were supposed to rank their classmates and report at the end who had done the best job answering each question. But during the plenary discussion, something serendipitous arose from this technique. The students all said they had come to understand the material so much better. Their classmates had elucidated formerly cryptic grammar points, helped them understand the book's plot twists, and had taught them new words or given them a fuller grasp of terms already touched on in class.

As the students filed out into the hall with smiles on their faces, still abuzz with the energy of the activity, I heard the voice of my TESL prof in my head. "RULE NUMBER ONE," she said so many times that it can never leave me, "Whenever possible, have the students do the work."

Yes, Martine. I think I see what you meant.

The next time Martine's rule echoed in my mind was when I was acting as teaching assistant, observing and helping the literacy teacher. The class was about to play BINGO. How many times had I toyed with the idea of using this game in class only to reject it as too time consuming for the teacher? After all, each BINGO card has to be different since you can't have every students shouting BINGO at the same time. But this teacher did something that had never occurred to me. He put the bank of twenty-four words at the bottom of the sheet and had the students COPY them one by one into the BINGO grid, reminding them not to copy them in order starting with the top left cell, but encouraging them to scatter the words around the grid in a random way. Not only did this save the teacher prep time, but these students got an opportunity to practice copying--a skill most of them were still developing. Value!

That was over five years ago.  Now I have two classes and continue to remind myself several times a week of Martine's Rule Number One. Today in literacy class, for example, I decided to start our food unit in a way I never have before. Instead of warming them up, activating prior knowledge, yada yada, and then presenting twelve food staple words of my choosing, I passed out grocery store flyers and had the students cut out five items they buy every week. From posters each team of two created, I then told them they had to decide on the twelve terms we would learn and practice with this week. Well, we ended up with a list almost identical to the one I usually give them, but I noticed that the level of engagement seemed much higher than usual. These are the words THEY chose, the ones THEY say they need when shopping.

So, how about you? How do you feel about Martine's Rule Number One? Do you embrace a similar philosophy in your teaching? If so, how? And if not, why not? 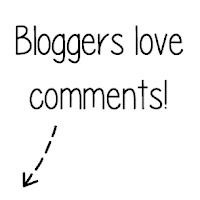