The tulips in my yard are opening, the peonies are just starting to unfurl their shiny new leaves, and the grape hyacinth is in bloom along my driveway. My boyfriend loves seeking out the ephemeral wildflowers in the woods this time of year. I am a birder who enjoys catching the migrating warblers as they pass through as well as ticking off new species on my fern and wildflower checklists. Today he got Trout Lily, Red Trillium, White Trillium, and Spring Beauty while I craned my neck at the budding canopy where Yellow-rumped, Black-throated Green, Black-throated Blue, and other warblers foraged.

At school, there is something in the air. Teachers can be overheard counting the weeks until summer break. In the hallways, I have seen more than one huddle around a crying student. Is it the sudden crunch of assessments and knowledge that there's only so much time left to make the grade?

With each April, the world is made to feel new again. After nine years in the same job--four years longer than I've ever stayed with the same organization or position--I'm struggling to find ways to make it feel fresh. I'm very fortunate that half my teaching day is spent with seniors; they are always open to adventure. To keep things from feeling stale, I rely on a steady stream of topics that are intriguing not only to the students but also to me. Each comes with the possibility of a guest speaker or field trip.

Last week the seniors and I hopped on a city bus and visited our local hospice for a tour. And no, my school does not receive any funds for field trips. We were able to go because every single student owns a bus pass. I paid my $6 round-trip fare from my pocket.
Another thing I do to make old topics feel novel, aside from leading field trips and hosting guest speakers, is to expand on or enhance previously used materials. This week, for example, I jazzed up a module on Vitamin D and calcium with a trivia game for the traditionally lighter fifth day of the school week. If you are using a lesson pack on calcium and vitamin D from the OPH-OCDSB Collaborative Team via Tutela.ca, you are welcome to download my trivia game cards from https://www.kellymorrissey.com/health-and-medical.html. 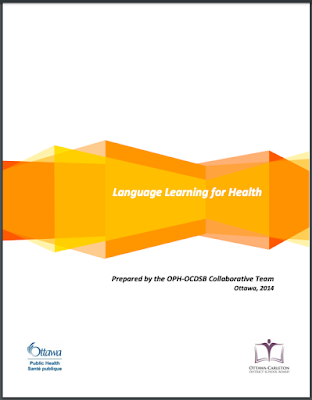 Literacy class is even more prone to feeling repetitive. In the back corner of the room stands the same grey file cabinet I've had for nine years. The second drawer holds all my literacy materials: master copies of handouts, picture flashcards, and all those matching games that took hours of early morning time to cut out and paper clip together for up to five pairs of students. So, as with seniors class, to keep myself from going mad, I find ways to make each iteration of the same module a bit different.

This past week the afternoon students were learning about minimum wage with the Laws About Pay materials from Community Legal Education Ontario (CLEO). I'm happy to say that all but one of my students will be moving to the mainstream CLB 1 class in September, as they can now handle level one work such as this booklet from CLEO. This time around, I added a listening activity that brought in both numeracy and map skills by quickly grabbing a copyright-free colouring page from the internet. 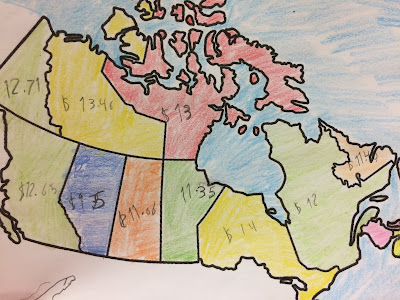 First I led them through colouring the water so that it was easier to see where land ended and water began. We talked about the wiggly lines (coast) versus the straight lines (international border). Since Windsor is a border town, they easily got the idea that the straight line along the "bottom" of Canada is the U.S.A. After colouring the provinces and territories, which I hope will strengthen their growing ability to identify provinces and territories, I turned the map into a worksheet for a listening quiz. With a list of Canada's minimum wage amounts in front of me, I first had a strong student come to the board and write in the dollar amount as I dictated "Alberta's minimum wage is $15 an hour." He got it right. I then called on the second strongest student to write in an amount on another province. After three more demonstrations, I had everyone copy these five amounts onto their maps. I then dictated the last eight dollar amounts to the whole class as each student listened and pencilled in the remaining dollar amounts on their maps.

How about you? Do you have spring fever? Have you been teaching the same level for some time? How do you make the old feel new again? 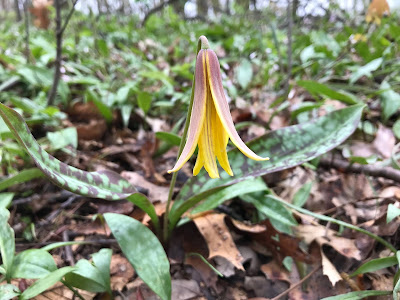