What Does Learner Autonomy Mean?

Thanks to Svetlana Lupasco, I have recently discovered the weekly Twitter forum #ELTCHAT. The first time I tried to join the conversation, I forgot that my Twitter settings did not allow anyone but my followers to see my tweets. No wonder nobody responded to anything I contributed. They weren't being rude; they couldn't "hear" me.

The following Wednesday morning, I forgot about it. But I was able to use Nurph's play-back feature to see everything that had been said.  I believe the topic was learner autonomy, and the entire conversation got me to pondering: what does learner autonomy mean?

I mulled over the question as I went about my teaching week. A varied number of scenarios prompted me to ask myself, "Isn't that autonomy?"

I asked myself that question while teaching my literacy class. As I often do when the teaching assistant isn't available and the topic and vocabulary are too difficult for my newest student, I offered her one of the school's iPads. She smiled, put the earphones on, tapped the icon for her favourite phonics app, and spent the next hour in self-paced practice of short vowel words. Then she did something she had never done before: took out a pencil and began copying the words from the iPad screen into her notebook. 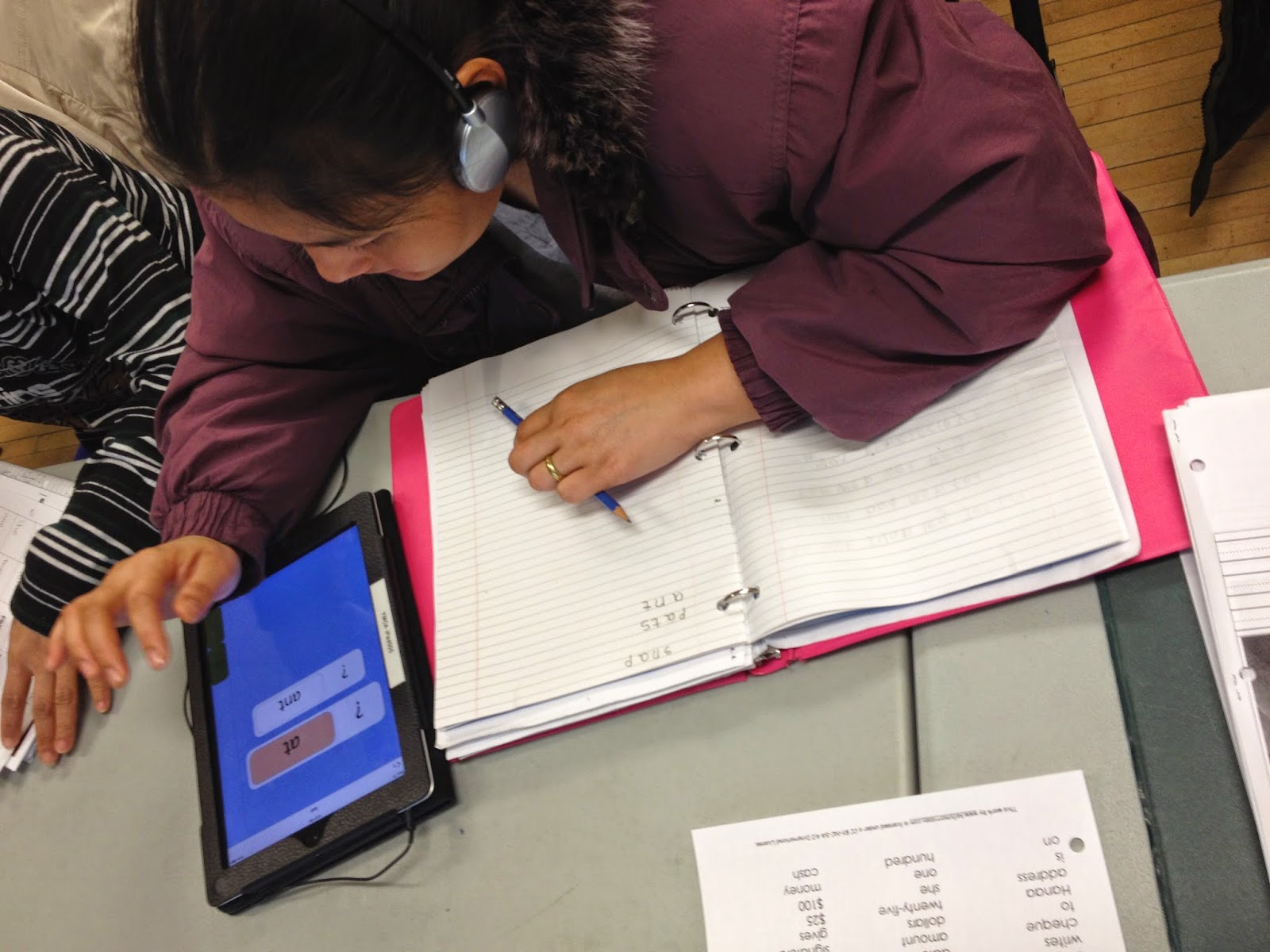 The question silently revisited me in the same class on Friday during BINGO when a taciturn student rose from her chair and took the bowl full of bingo words from me, motioning for me to take a seat at her desk. The week prior had been the first time I had invited her to be caller. I guess she'd liked it!

But the question most loudly resounded in my mind when one of the students in my class of fourteen senior citizens told me that she had started a petition asking our orientation department for free bus tickets for all the seniors during the winter months. She told me that senior citizens shouldn't have to brave the icy sidewalks to come to school, nor should they have to stay home and miss class on days when the conditions are brutal.

This story amazed me for a number of reasons.

For one, there is the fact that when these students first came to our centre, trying to get them to participate in what I call classroom democracy was like pulling teeth. But gradually they have begun to give responses to my incessant invitations to help shape the curriculum, such as the request that resulted in my adopting the 'Back to the Well' ideas of John and Chirawibha Sivell.

The second thing that made this so surprising to me was the fact that they didn't come to me with this need, but organized the petition on their own.

This incident seems to be part of a larger trend with them. The more comfortable we become with one another, the more we bond and build a culture of collaboration, the more they take matters into their own hands. Case in point: they recently organized a pre-winter-break party (complete with programmed speeches, food and entertainment), and they did so entirely without input or help from me.

On a recent TESL Ontario Blog post called The Power of Disorientation, I responded to the question of what we do to empower our students by saying that I tend not to compartmentalize and say that this activity empowered while that lesson didn't. Everything I do, including smiling warmly to encourage small acts of independence like Say Say's claiming the helm on BINGO day, is designed to empower. Whether we are learning to read a bus schedule, to talk to the doctor, to use an ATM, whether we are building together the rubrics against which we will grade our own essays or are using CLEO materials to learn about our rights as employees and tenants, we are working on autonomy. That's how I see it, anyway.