The questions of the week are whether an employer can pay a full-time ESL teacher and a part-time teacher at a different rate of pay, whether the employer must reveal the wages paid, and where to turn for help with such issues.

You may know more about this than I do. Please use the comments section to educate me if you do. To find answers to these questions, I turned to the Internet and to my friend Paul Chislett of the Windsor Workers Education Centre on Ottawa Street in Windsor. If you happen to lunch at Taloola Cafe on a Sunday, you are likely to see him there with his wife Mireille Coral, founder of WWEC's sewing cooperative.

Going online, I found out that Ontario has a Pay Equity Act that covers pay equity between men and women doing the same work. But that wasn't what I was looking for. I was trying to find out whether employers are legally required to pay part-time teachers the same as full-time teachers if they are doing the same job.

Interestingly, between April 1, 2018 and December 31, 2018, there was a law requiring equal pay for equal work regardless of employment status! It looks like Premier Doug Ford repealed that provision. However, this website says that one may still file a claim if one's employer did not follow the law while it was in effect. You may have back pay coming to you, if nothing else.

While researching, I discovered the Collective Agreements e-Library Portal, which is where you might look to find the pay scales for various positions at a given institution if your employer refuses to reveal what others are paid.

Paul Chislett was happy to meet with me to talk about steps teachers can take when employers break the law. You can just imagine how quickly the conversation turned to PBLA. 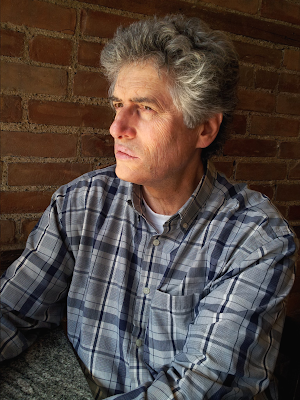 In most cases, Paul pointed out, everything depends on status. "How are you classed? Are you classed as an employee of the organization or as a contract worker? That is key," he said. Employees may fall under a collective agreement while contract workers do not.

Paul is not a lawyer and neither am I, so we cannot give legal advice. The Windsor Workers' Education Centre does, however, educate workers on how to organize as well as referring people for legal help. One such lawyer who has helped WWEC referrals in the past is David Deluzio, whose office is on Goyeau. If his caseload is too full, he can refer clients to another lawyer. Paul remembered one such case in which the worker had to travel out of town to meet with the lawyer, but the outcome was positive in the end.

"What do you think of asking someone from the Ministry of Labour to speak at one of our PD events?"

"That's a great idea," Paul said, adding "I've always had good experiences with employment standards officers." Paul said they have an office right here in town, though it tends to be understaffed.

Mireille returned to the cafe after a walk around the block in gale-force winds to find that our conversation had turned to the broader topic of adult education and PBLA.

"It's not by accident that ESL and related activities are crippled," Paul said. "Because the next step [after empowering students] would be critiquing the system, and the ruling classes are not interested in letting that happen."

If you are interested in learning more about employee rights or cooperativism, you can follow @chislettshakeup on Twitter or drop into the Windsor Workers' Education Centre at 2034 Ottawa Street.