Thoughts on the 2017 TESL Ontario Conference

For the second year in a row, my employer has somehow found the funds to send all of us teachers and teaching assistants to the annual conference in Toronto (though not all were able to come for other reasons). For this I am grateful. I wonder how we can do it while most other agencies are still limited to 20% of their staff per year getting funding to attend.

This year I discovered that many teachers who have used my stuff without leaving a comment on the blog will not hesitate to let me know in person that they appreciate what I do. Naveen thanked me before sprinting through closing elevator doors at her floor. Ben from Kitchener approached me at the end of a workshop we'd both attended. Christine from Kingston had nice things to say, and I embarrassed myself by not recognizing her again minutes later in the foyer. Sheesh. Maria and other teachers at our London branches acknowledged the many worksheets of mine that they adapt and use in their literacy classes. And one woman whose name I don't remember was nice enough to speak up when 'helpful websites' was being projected onto a screen to say to everyone, "And Kelly's website!" This resulted in my running out of MOO cards and resorting to scribbling the URL on the back of a few of the webinar flyers I'd had printed up at the Staples on University Ave. 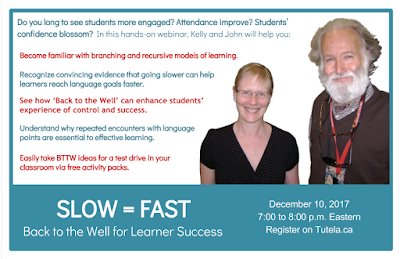 The change in lodging pleased me. I found the smaller Marriott to be cosier and its staff warmer, able to give more personal attention to guests than folks at the Sheraton, where several conferences might be taking place simultaneously, bringing with them a lot of hustle and bustle. I also thought the food on site was better than that offered at the in-house restaurant at the Sheraton. Although I don't really want to be caught dead eating at a hotel restaurant, food court, or chain while in one of the culinary capitals of the world, I will settle when I'm exhausted after a flight or lengthy train ride that deposits me in the city late at night. 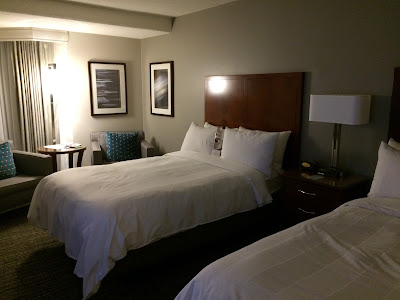 One unexpected perk of this new location is its proximity to a lovely public labyrinth, a fact that I shared with others attending Lisa Manary's "Self-care for Empathic Instructors" after we had enjoyed a sampling of stretches, breathing exercises, and a guided meditation to help the more empathic among us deal with the psychological and emotional demands of our increasingly stressful jobs. 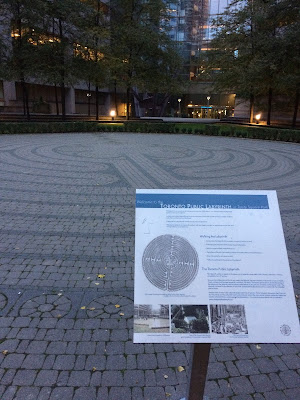 As for the conference itself, I'm of course appreciative of all the work that goes into it, as I am of all the volunteers--from door monitors to presenters. I'm pleased that dedicated ELT professionals who go above and beyond the call of duty are singled out for recognition, such as this year's Sparks of Excellence recipient, Diane Ramanathan. Congrats, Diane!

I'm sad, though, to see how much the conference has shrunk in size since my first years in the field. What is happening? Even the Twitter feed seemed unusually quiet compared to prior years, with @TESLOntario, @JenArtan, and @StanzaSL (Svetlana Lupasco) doing the lion's share. I remember when the publishers' exhibit was enormous. There were years when our registration fee included a luncheon catered on the premises. Also, I never appreciated our past ability to pre-register for workshops because it never occurred to me that this convenience might ever be taken away.

Another thing I appreciate this year is that there were 20-minute gaps between sessions, meaning that I could put my bag and coat on a chair in the room of my next session and still have time for a washroom break. However, on two occasions I was still not able to get into my workshop of choice due to the fact that the room was way too small to accommodate everyone who wanted in. In one case I had even darted immediately from the room right next door the minute my prior session ended and STILL was not fast enough to get a seat in that session. I am baffled as to why we were told that break-out sessions were being held in larger capacity rooms this year. Clearly that was not the case at all. Note to organizers: sessions about teaching listening will always be popular. Perhaps organizers could use a polling tool such as Google Forms or Survey Monkey next year to better predict which sessions need to take place in rooms with lots and lots and lots of chairs.

The sessions I did get into, with only two exceptions, proved to be very valuable to me. I am planning to dedicate another whole blog post to discussing two of them in more depth, both of them tied to the topic of PBLA. So stay tuned for that.

My partner drove up on Thursday to join me. Chuck and I are both very comfortable navigating the city using subway and streetcar. A native of Detroit, he has been coming to Toronto since he was a young adult in love with Canadian society and TO's jazz scene.  I'm so happy that I learned my way around several neighbourhoods while getting my OCELT at CCLCS and living in a homestay. Saturday was 'two ride for one' day if you get a day pass, so we did that. 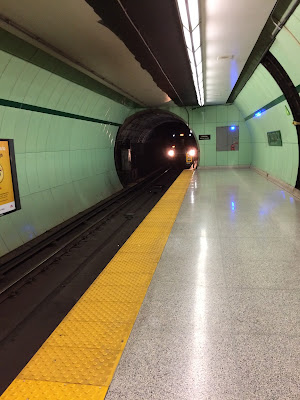 We love to dine and poke around in Chinatown, and he always buys a big box of Chinese pastries for me to take back to the seniors. 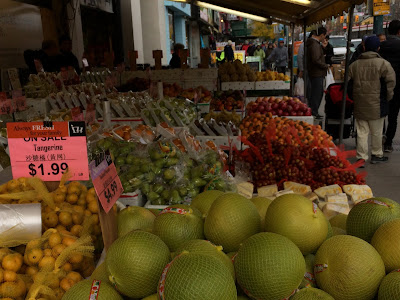 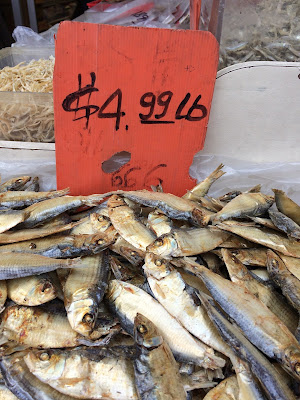 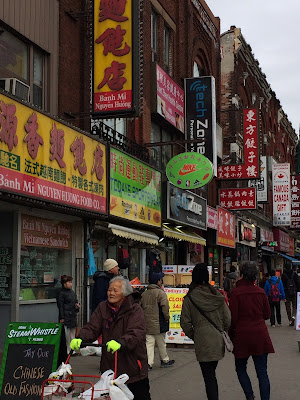 After Chinatown, we explored Kensington Market, too. One of these days I'm going to bring a nice dress for the opera house or to see a show. I would like to have made time to see The Curious Incident of the Dog in the Nighttime, a Mirvish production.

How about you? Did you attend your area's annual conference this year, or will you next time? I'd love to hear why you do or do not value such an experience, or whether your attitude has changed of late.