New Reader Has Lots to Contribute

I had a blog post up this morning, but I decided to hit 'revert to draft' and save it for next week. This week a new reader (or perhaps more than one?) left a comment on each of several posts, and I found the insights to be worthy of a blog post. Here is what this teacher, who recently quit due to a toxic PBLA training and enforcement environment, has to say:

Hi Kelly, thanks for your great work. You are brave in the toxic atmosphere created by PBLA. I am happily no longer teaching PBLA after many years of experience teaching English. The people in charge of this charade have not only caused untold amounts of stress for those remaining, but have chased many professionals out of the field. I decided that I would no longer tolerate being insulted and in essence told to shut up when I had even a minor criticism of PBLA. I don't need to work in a toxic workplace where I am disrespected every step of the way. Especially when I don't think those who made this monstrosity were teachers at all, or not good ones, that's for sure! 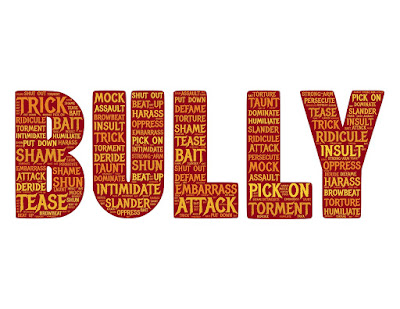 Hi Kelly, interesting that one of the notes on your blog by a former PBLA teacher said that she got out of pbla due to 'an integrity thing.' Wow, that is exactly what I have thought about it. It is actually unethical to waste huge amounts of taxpayer money to achieve poorer results now than we used to pre-PBLA. I was looking at some notes for an old class of mine and I realized that I am using a textbook for CLB6 that I used to use for CLB3!?! Shocking how poor PBLA is in teaching students to speak English! Many of my students in CLB6 still struggle with the basic verb tenses and yet, I've been yelled at by incompetent administrators for teaching grammar, even though my students beg me to teach grammar in every needs assessment. PBLA is a failure, pure and simple! on Where is Our Ally?


Unfortunately, there are some administrators and lead teachers who are hardline pbla believers and accuse others of being unprofessional while treating teachers with disrespect. In one of our staff meetings, both leads and the coordinators attacked a sweet teacher who dared to question the orthodoxy. Having been attacked the week before, I had vowed to not say a word, but I was ready to walk out, though I knew that I would be done if I did (both she and I have left the worst school I have ever worked at because of PBLA). I believe PBLA is actually unethical in that plenty of money is wasted on achieving poor results (students don't learn very much compared to real teaching). I call it fake teaching.


The creators of PBLA should be held accountable and must account for the mess." Isn't that just Joanne Pettis? https://www.facebook.com/PettisPBLA/ Hear, hear! Someone definitely should be held accountable for this disaster (Pettis, Holmes, etc.). If what was done before was 'loosey-goosey' then why were the results better then than now with PBLA? Pre-PBLA I was using materials with my CLB3 classes that I now use with my CLB6 classes! To me, the bottom line is that PBLA is a miserable failure on teaching students how to speak English!


When I complain about PBLA around PBLA true believers, they always say things like, "Well, it's better than what we had before. We need accountability." But the fact remains that PBLA is less effective than the old way. A study by a researcher named Watts from about 10 years ago, claimed that it typically took 250-300 hours to move from one benchmark to the next. Nowadays, it takes 400-500 hours or more for benchmarks to change, thus requiring students to remain in each level for 2 or 3 semesters. I also find that students now are much weaker in the levels they are in than before (my school used to do TOEFL readings in CLB5-absolutely impossible now). That sounds like failure to me. It cannot be 'fixed'. It needs to be scrapped and teachers need to be able to teach as they know how. I have never in my life learned anything 'the PBLA way'

I've talked to several teachers in the regular school system who were forced at one time to teach pbla. They all roll their eyes and say the workload was ridiculous and they are certainly happy that that failed experiment was finally ditched

I enjoyed the comments from the person who says they just teach the way they know how and hide that fact from the PBLA police. I've tried to do this, because I truly want to help the students improve their English, but unfortunately, my school monitors what we teach in the classroom and freak out if the students happily say they are learning grammar and love it! The lead teacher goes in and talks to the students behind our backs to find out what we are doing. Needless to say, the atmosphere at my school is toxic!

I have learned almost nothing from any of the pbla training events at my school because the leads don't understand it either. Even 5 years in, they stumble around like Keystone Kops, or at my other school, they are Nazis who follow what they claim are the rules, to a 't'

My school definitely weeds out those who are not perfectly pbla compliant (actually they weed out anyone who even questions it mildly). You are attacked in meetings and thus, most who undergo such treatment quit. Or you are undermined by the administration and leads who tell the students behind your back that you are not a good teacher (one of my favourite students warned me that the lead would speak to certain students when I was on break who would thereafter be hostile to whatever I tried to do in class). It is an effective way to get rid of people without having to fire them. I was furious, but I had no direct proof that she had undermined my teaching.

Whoever you are, I hope you'll leave a comment to give yourself a pseudonym. Otherwise, I'll refer to you as "Got Out."